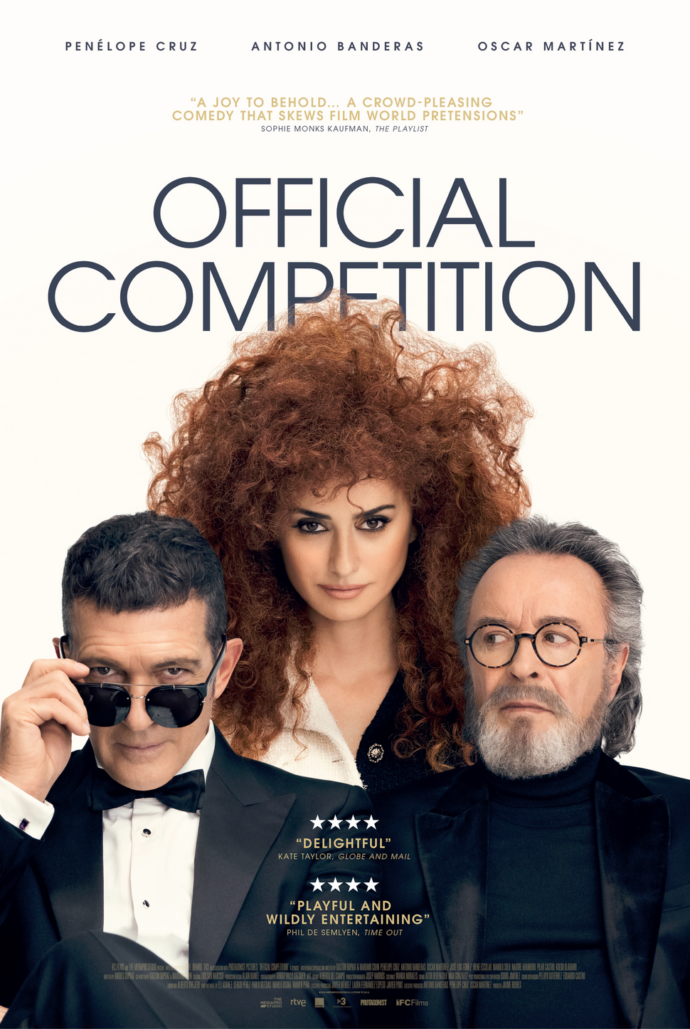 Official Competition is the new feature film by Mariano Cohn and Gastón Duprat (The Distinguished Citizen). It tells the story of a very rich man, Humberto Suárez (José Luis Gómez), who wants to do something important before he dies, in order to leave behind him something worthwhile. He decides to produce a feature film. He asks Lola Cuevas (Penélope Cruz), who is the famous writer-director of the moment, to be in charge of the project. She decides to hire Félix Rivero (Antonio Banderas), famous self-made film actor of the moment, and Iván Torres (Oscar Martínez), older stage actor who went through classical training, to play the two lead parts of the film she wrote. The film shows part of the rehearsal process preceding the shooting of the film, which happens in the villa of Lola Cuevas.

The film is a confrontation between three huge egos with very different work methods and work ethics. Everyone is trying to show who has the most power by imposing their views and rhythm on the rehearsal process. What starts as a comedy, playing ludicrously on the oppositions between the three characters and their approach to art, and in particular film and character interpretation, turns into a dark fable about the disaster created by the lack of love and compassion and kindness.

I see this film as a reflection on our modern world and societies, where the appearance has become more important than who we really are deep inside, and where image is everything to the detriment of authenticity. Games, in any arena of power, are never without consequences, and the ones portrayed in the film are the most extremes. The film will finally be made, in spite of all the obstacles, but at what cost? Is it worth it? Everyone can interrogate their own self about the value of fighting for who we pretend to be and want to be perceived as by others instead of defending our authenticity, our heart, our ability to love.

The mise-en-scène of the film is very well mastered, and reinforces the coldness of the environment and of the relationships between these three characters, who are brilliantly interpreted and directed.

A dark fable about our modern world.