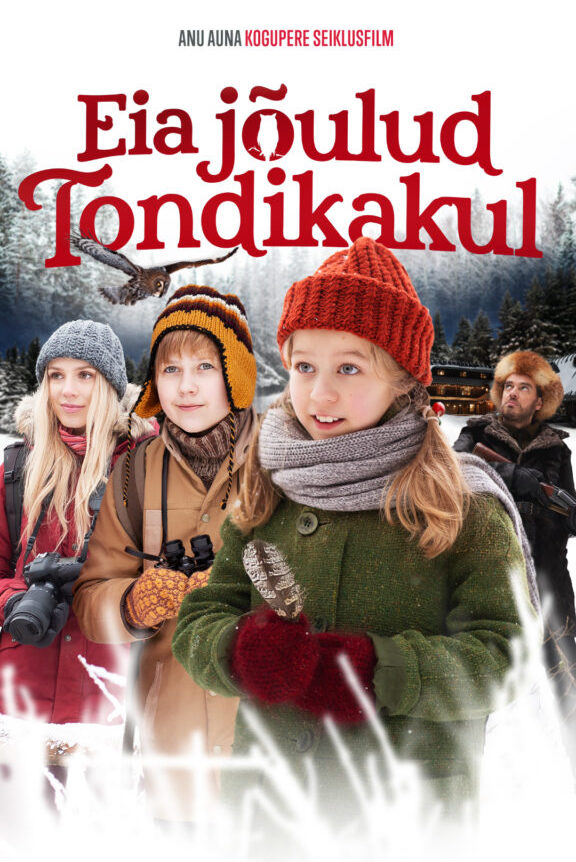 Let’s Save The Owl, and the Family!

Phantom Owl Forest is the first feature film by Estonian director Anu Aun. It tells the story of Eia (Paula Rits), a ten-year-old girl, who has to spend her Christmas holiday with a weird older man in the countryside, because her parents both have professional obligations at that time.

Being upset and a bit scared at first, she learns how to live in this natural environment, far from the capital, Tallinn, and its noise. She also connects with the old man, as well as the people living in the hostel nearby.

Drawing being one of her passions, she also draws any animal she can cross paths with – in particular an owl that is supposed to have disappeared from the region for decades. This might be a way to save the forest nearby, that an unscrupulous neighbor wants to cut down for profit.

Her trip to the countryside is also an occasion for Eia to learn a family secret, and to become a reconciliation force between family members who have not talked to each other for ages. This film is therefore also an ode to the family unit, and in particular to the inclusion of the elders.

The film is wonderfully directed by Anu Aun. All the actors are very truthful. The mise en scène is always serving the story and its characters. The story is very clearly told from Eia’s point-of-view. And the mise en scène always underlines that fact in a subtle manner.

The photography by cinematographer Heiko Sikka is sublime. Though this story is told as a real story, as something that could really happen, the aesthetics of the film are close to that of a fairy tale, as a way to tell us that our dreams are not meant to remain fantasies, and that some of our dreams could very easily become reality, if we believe in them strongly enough and are not afraid to take actions upon them.

The wonderful music by composer Sten Sheripov conveys a sense of celebration, the celebration of the family, of the holiday, of the nature and environment, of the wonderful living beings inhabiting that nature.

The actors are all amazing and directed with great mastery, in particular Paula Rits playing Eia, whose presence enchants the whole film. The other characters are also wonderfully interpreted, in particular August (Tõnu Oja).

How to Teach the Geese a New Migration Path

Spread Your Wings is the fourth narrative feature film by French director Nicolas Vanier (The School of Life, Belle and Sebastian), also well known for his documentaries about nature and the big North. It tells the story of Thomas (Louis Vasquez), a 15 years old teenager, who has to spend some holiday in the French countryside with his estranged dad (Jean-Paul Rouve), because her mom (Mélanie Doutey) wants to spend some time alone with her new companion. The dad is an eccentric character who is passionate by nature, environment, and birds, and has decided to teach the geese a new migration path.

As Utopian as it sounds, the passion of the dad is highly contagious and soon the son abandons his screens and new technologies to involve himself in the project of his father to the point where he becomes the main actor and driving force of it.

Through this unexpected adventure, Thomas learns the importance of paying attention to his surroundings, of preserving the environment and the endangered species, and bounds with his father, once he understands him better.

The film is amazingly filmed by director Nicolas Vanier and cinematographer Éric Guichard. The actors are extremely well directed and amazing, particularly Louis Vasquez playing Thomas and Jean-Paul Rouve (Lola and her Brothers, C’est la vie !) playing Christian, the dad. Even the supporting roles are very well interpreted (the mom, Mélanie Doutey, Bjorn, the colleague and friend of the dad, Frédéric Saurel, Diane, the journalist, Lilou Fogli, who is also a co-writer of the film). The beautiful music, composed by Anne-Sophie Versnaeyen, accompanies, with delicacy and at times an epic quality, this Utopian adventure.

But as Utopian as this story sounds, it is in fact based on a true story. Utopias are highly needed in a world where dystopias largely occupy our screens and our imagination. Yes, it is possible to find solutions to our most urgent and important problems: the climate, the environment, the water, the energy, the food, … And this film is a brilliant example of how one person can change something in the world.