The Schlingel Festival, now in its 23rd edition, is an international film festival dedicated to Children and Young Audience. It is set in the German city of Chemnitz (formerly known as Karl-Marx Stadt). It brings a large selection of films from all around the world, targeted at kids, pre-teens, and teenagers, and has become a must for that genre. I was part of the FIPRESCI jury on the invitation of Michael Harbauer, director of the festival, together with my FIPRESCI colleagues Jeremy Clarke from the UK and Thierry Verhoeven from the Netherlands.

The three of us were pleasantly surprised by the extremely high quality of the 10 films we were asked to judge. It made our job all the more difficult. Which is a good thing, actually. There were several serious contenders. And as we saw more prescribed films, picking a winner became harder.

After a long and thoughtful discussion as to the merits of the various films, we eventually chose a film that tells its story through innovative mise-en-scène, while at the same time giving its actors plenty of room to fully flesh out their characters, a moving story about fear and grief, and finding your path through adversity with help from an unexpected friend. Just as Chemnitz decided that it is neither brown nor grey, instead facing its future with vivid colours, so the young protagonist finds a way out of darkness towards a brighter future.

So, we decided to give the 2018 FIPRESCI Critic Award to Merkaat Moonship. 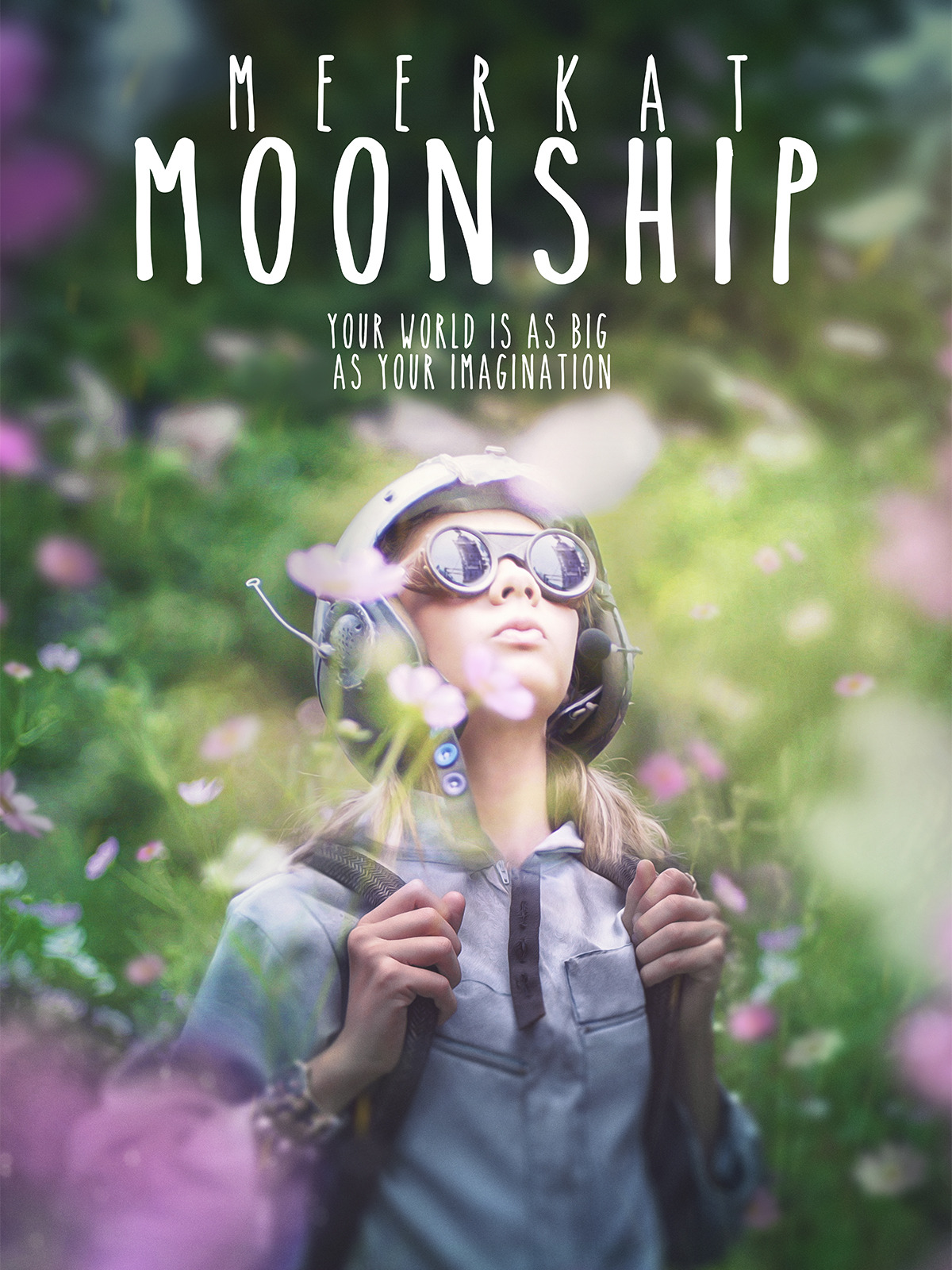 The Difficult Work of Mourning

Meerkat Moonship is the second feature film by South African writer-director Haneke Schutte. It tells the story of Gideonette, a teenage girl beautifully interpreted by young actress Anchen du Plessis, who is sent to her grandparents’ house in the country side after the sudden death of her dad. Her mom can’t deal with the death and take care of her daughter at the same time.

When Gideonette arrives at her grandparents’ place, she is filled with fear, about an old curse supposedly affecting her family, and about everything else. She stays in her bedroom and doesn’t even want to go outside. She takes most of her meals in her bedroom. But after a while, she can’t avoid noticing a little deaf kid, Bhubesi (Themba Ntuli), playing in front of her window.

Little by little, first out of curiosity, and then because she probably wants to change her inner state, she starts connecting with Bhubesi and he is the one who will manage to make her go outside to play with him and finally overcome her fears. Part of Bhubesi’s daily schedule, which also becomes part of Gideonette’s daily schedule, consists in building a ship to go to the moon, and therefore training for this trip.

What is striking the most when watching the film is the way Haneke Schutte chooses to film her story. We are with Gideonette from the very beginning of the film. The camera is very close to her most of the time, and allows the audience to feel her fears and to follow her journey towards being freed from her interior demons as if we were ourselves following that same journey. The framing is innovative, and quite minimalist. The camera also often films though a window or through a curtain, metaphorically suggesting that Gideonette only sees the world through the walls of her protected space. And it’s only at the end that she’ll manage to get a first-hand experience of the world.

The work of cinematographer Willie Nel is splendid. He has a way to film interiors and exteriors that emphasizes the visual poetic quality of the spaces. The editing by Warwick Allan is very thorough and conveys to the film a slow and cyclic rhythm accompanying the slow transformation of Gideonette’s subconscious mind and is perfectly right for it. And the outstanding music by Clare Vandeleur accompanies beautifully this poetic journey. 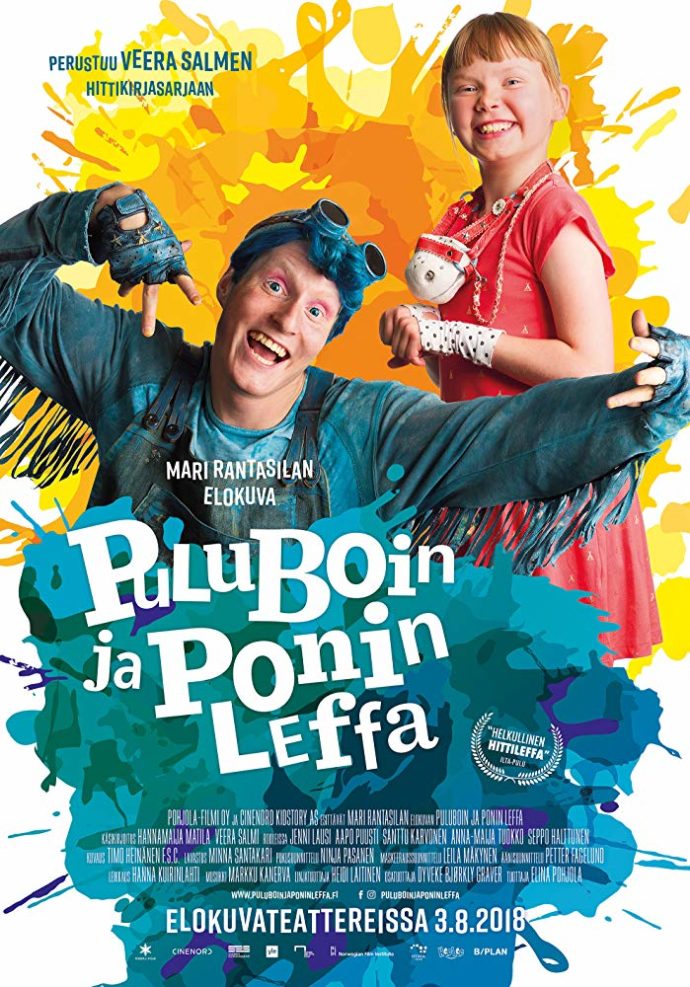 The Reality of my Imaginary Friend

Pony and Birdboy was one of the serious contenders. It is the fourth feature film by Finnish director Mari Rantasila. It tells the story of Pony, 7 (Jenni Lausi), who is afraid to go to a new school. She wants to stay in her childhood world where she can put on a pony muzzle, pretend she is herself a pony, and play with her imaginary friend Birdboy (Aapo Puusti). He is a fun companion, has all the answers, and allows her to have a good time even though, at times, real things are a bit disturbed or displaced by their numerous adventures.

But she will have to confront her fear of going to her new school and learn to put childhood’s fantasies at their right place, and to grow up. But she has wonderful parents who indulge in their daughter’s needs while at the same time accompanying her and helping her in that difficult transition.

This is by far one of the best films I have seen for that age category. Through the wonderful directing of Mari Rantasila, the film captures the energy so particular to that age, and the story is always filmed from Pony’s point-of-view. The colors are vivid, and even though Birdboy is an imaginary friend, he is totally real to Pony and to us, the audience. It’s only towards the end and only on rare occasions that the director suggests Birdboy is imaginary by giving us some glimpses of the real world, but even then, we are just doubtful about his imaginary status.

Timo Heinänen, the cinematographer, has worked on all of Mari Rantasila’s films. This long time collaboration allows the cinematography to be totally in sync with the storytelling and the visual choices of the director: Pony’s point-of-view, colorful images, dynamic camera moves, and the candor and innocence of childhood.