Magic in the Moonlight by Woody Allen 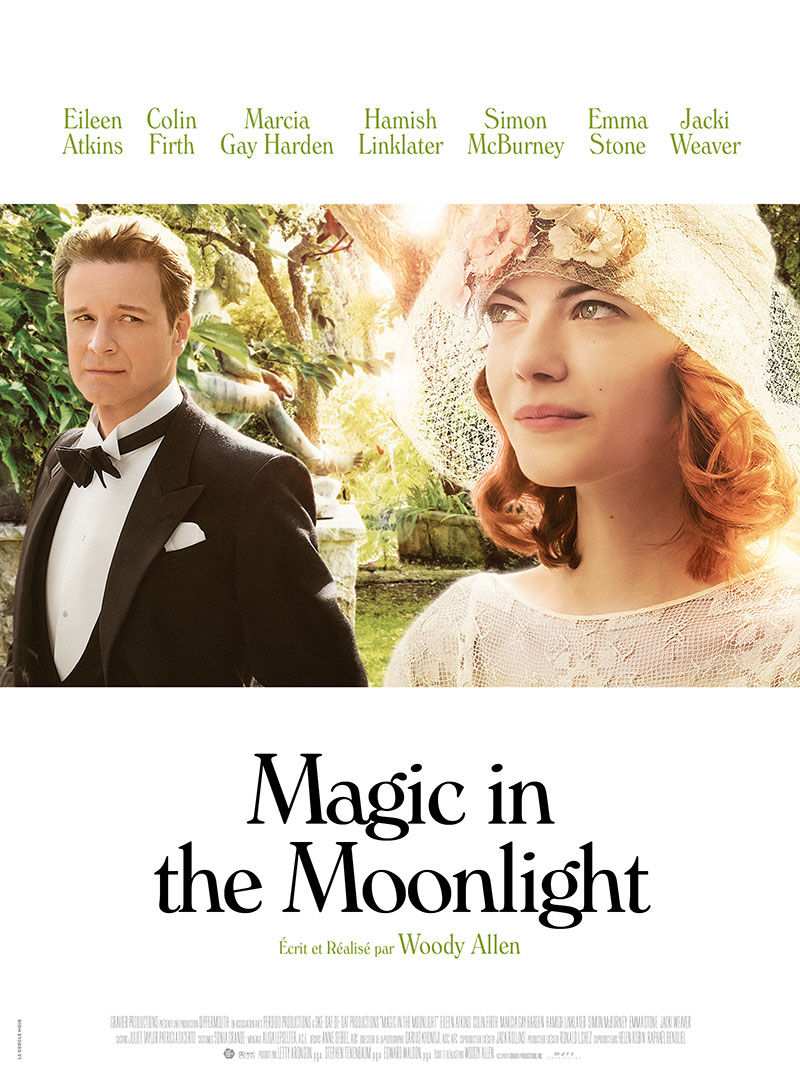 In his new film Magic in the Moonlight, Woody Allen visits again a theme he particularly likes: spiritism and life after death. And he does it with a lot of humor and lightness.

The film is set in the 30’s in the south of France, in Provence and on the French Riviera. It tells the story of a young woman, Sophie, played by Emma Stone, who seems to be a young medium prodigy, and who performs her talents in the high society of the south of France. It happens that her story is told to Stanley, an older man, who is a very famous magician, whose trademark is to portray a great oriental magician on stage. Stanley is also a very rationalistic mind, and is particularly fond of unmasking the most brilliant impostors in spiritism. Sophie is therefore the ideal prey and Stanley travels immediately to the south of France to meet her and, of course, unmask her.

This film is an excellent Woody Allen. First thanks to the ambiance, the atmosphere that he manages to create all along the film. We flirt with comedy, romance, and also with nostalgia. And this is this delicious mix that put us always on edge, not knowing what to believe or what to feel. The filmmaking is magnificent, the camera moves very subtle, the pastel colors and the delicate light splendid. The work of Darius Khondji (The Immigrant, Amour, Midnight in Paris, The Interpreter, Seven, etc.) is remarkable.

It is also worth noting the formidable interpretations of Emma Stone and Colin Firth, both against type. Emma Stone plays a very subtle young woman, who seems to be very naive. We never know until the end if she is sincere or not, in love or simply manipulative. Or is it both at the same time? Colin Firth plays a sympathetic misanthrope. We never know if he really wishes to unmask her or if he prefers succumbing to her charm. Or is it both at the same time? Also worth noting is the beautiful interpretation of Simon McBurney in the supporting role of Howard, a close friend of Stanley.

The film is built on a formidable emotional suspense. Will the skeptical and slightly cynical Stanley finally succumb to his love feelings for the beautiful Sophie, or will his rationalist mind and his desire to unmask her take over? An emotional suspense Woody Allen depicts with perfection!

With all these ingredients, Magic in the Moonlight is an excellent Woody Allen, full of grace, to see again and again without any moderation.