To Cite This Contribution

Pastries distinguish themselves from other foods. More constructed and deliberately assembled to create precise montages of flavors and textures, they seduce us by relying on both formal and emotional qualities. A pastry must appear appetizing, alluring in the shop window, suggesting its various flavors and textures, and later unfold its inner sequence of experiences as one bites into it. Sometimes, the configuration of creams, fruits, and glazings, shinny and dynamic, even suggest a form of holographic baroque movement, as if frozen in time. As a result, time often seems to dilate when eating a pastry, as if we were experiencing it 24 times a second.

The mechanics of construction and montage which go into the making of pastries tend to be concealed to the untrained eye, just like in a well edited film or finely detailed building. Yet they can become visible and unleash their full performative potential when those characteristics are accentuated, either by drastically increasing the pastry in scale, such as in a centerpiece, or when it is put in a composed sequential context, such as in a platted dessert. Historically, it has been in these moments that pastry, or the culinary, has developed significant connections to other arts. For instance, the manifesto of the celebrated nineteenth century pastry chef Antonin Carême, who was a renowned creator of centerpieces, states that “the most noble of all the arts is architecture, and its greatest manifestation is the art of the pastry chef.” The Futurists on the other hand, used very expressive and narrative plating of unusual combinations of ingredients to create sensorial poetic compositions through food in the avant-garde Futurist Cookbook, published in 1932.

Today, as films are becoming less cinematic, and buildings less architectural by losing much of their mysterious and existential qualities by the standardization of a global industry, we are looking for those values in different mediums. In large part, I believe this is driving our current renewed interest in food, and pastry specifically. This piece will illustrate the architectural and cinematic dimensions of pastry through three of my recent (or upcoming) pastry installations – Croquembouches, Babaorium, and La Mort de Camille. 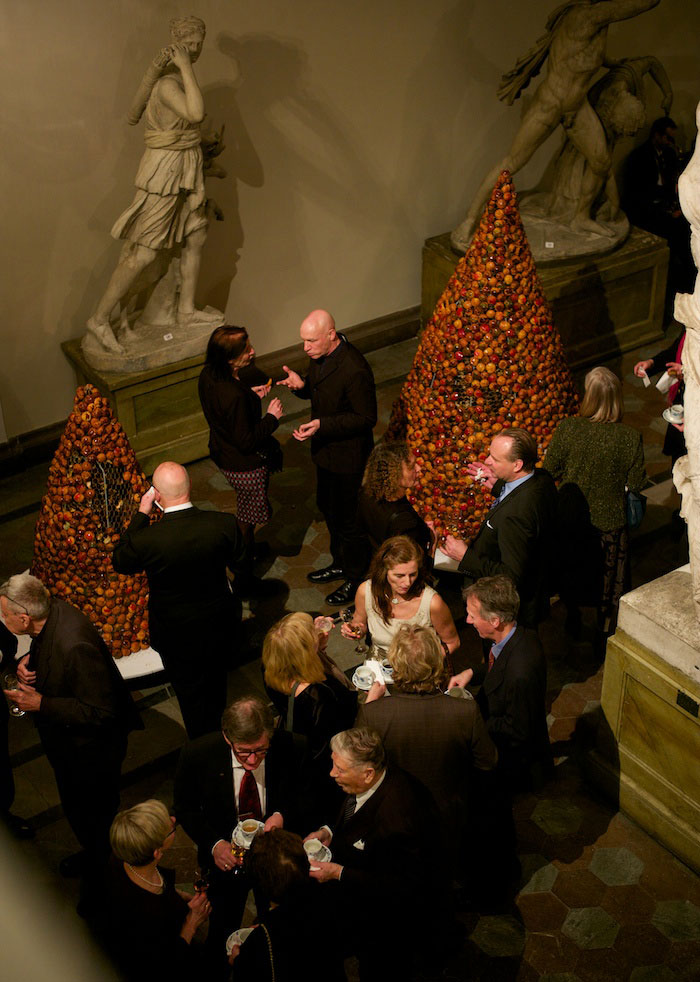 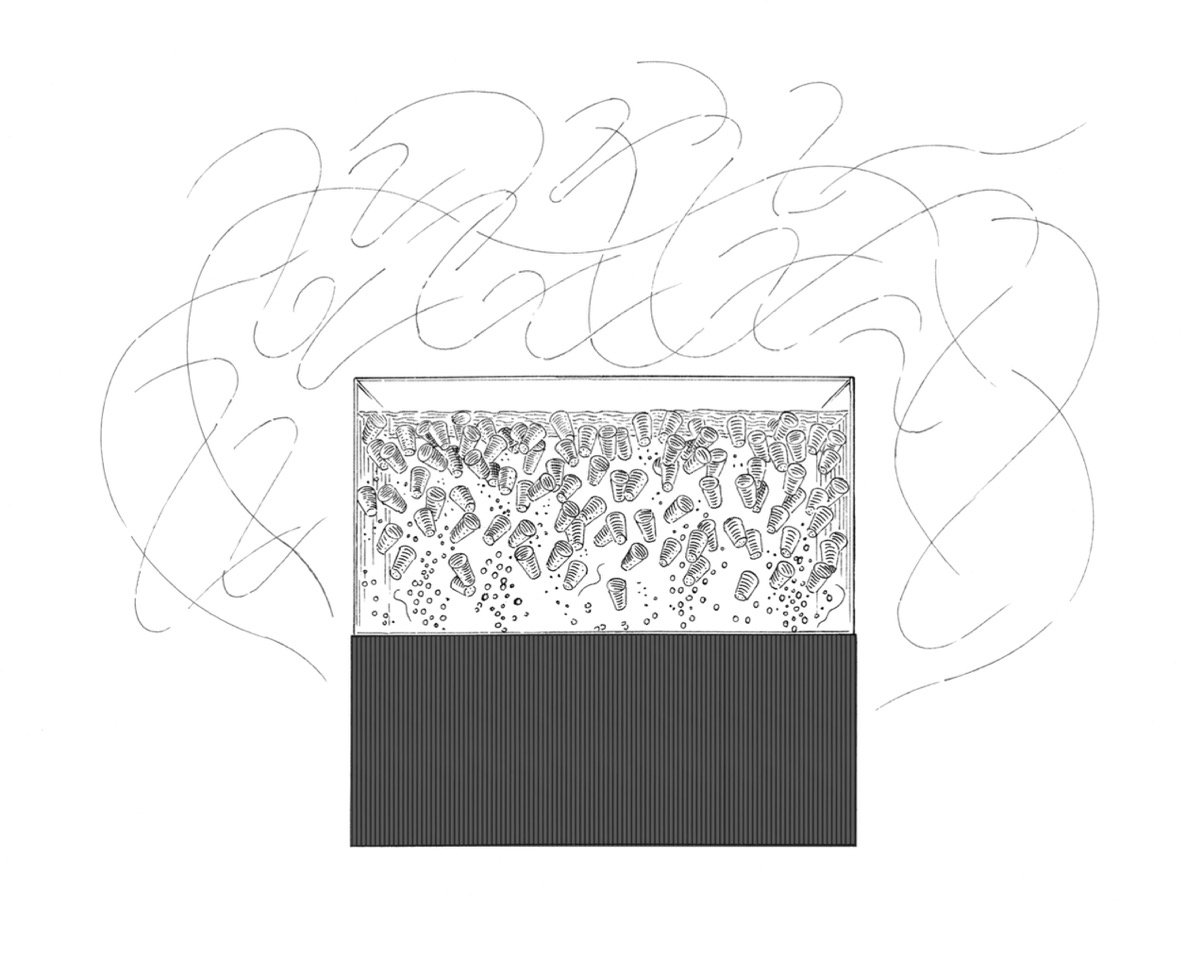 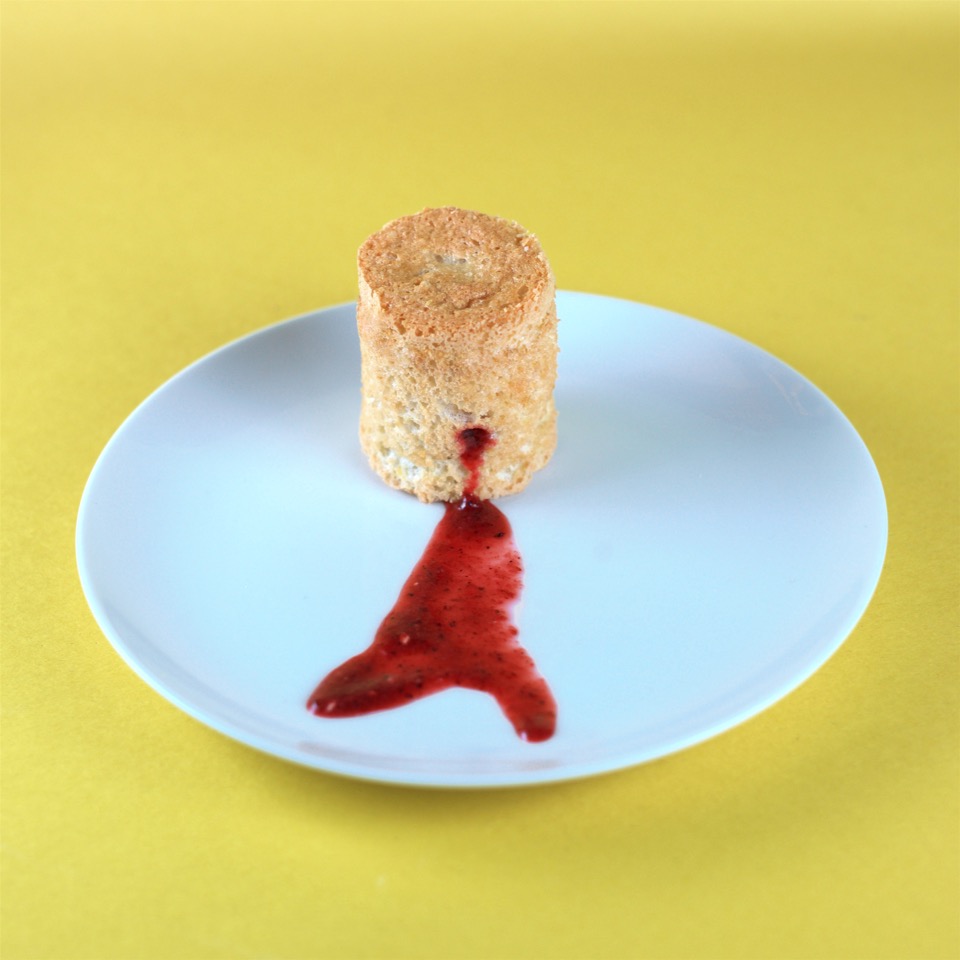 A plated dessert, coming at the end of the meal, should also strive to bring notes of glamor and tragedy to mark the end of a journey. They should not rely on awkward plating trends, commonly featuring meticulous smudges or drawings of sauce and pieces of cake, fruits, and ice cream arranged like large crumbs, to tell a story. In La Mort de Camille, the blond lemon dacquoise dramatically bleeds its spicy coulis onto the plate. The coulis self-plates when the dacquoise is pierced, left to its own fate. This act, tragic because of its deterministic nature, is in direct opposition to the glamour of the pastry and of the beautiful white porcelain dish.