Posted by the editor on Jul 31, 2019 in Book Critic, Critic, The Creative Process 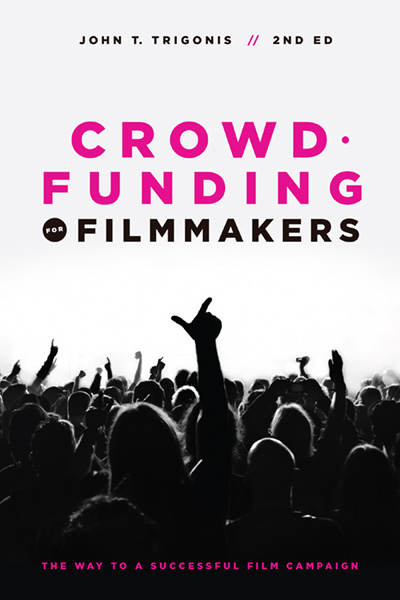 Crowdfunding can sometimes be overwhelming. And it is a real mystery to understand what makes a good crowdfunding campaign, what works and what doesn’t.

Crowdfunding for Filmmakers, 2nd Edition, is the definitive guide about this topic. It was written by John T. Trigonis, who has been the campaign manager for many successful projects, including his owns. He was so successful that the crowdfunding platform Indiegogo itself hired him to be their in-house campaign manager.

In the book, you’ll learn everything you need to know in order to set up and run a very successful crowdfunding campaign, how to set it up, who to run it with, what to do before starting it, what to do while running it, how to personalize it, how to engage your community about it, how to coordinate it with social media, and many other things.

Running a crowdfunding campaign is definitely a lot of work but if you do it as a team and share the workload, and if you follow the pieces of advice contained in that book, then the odds of running a highly successful campaign increase drastically.

Link to the page of the book.