Posted by the editor on Feb 06, 2018 in Critic, Film Critic, The Creative Process 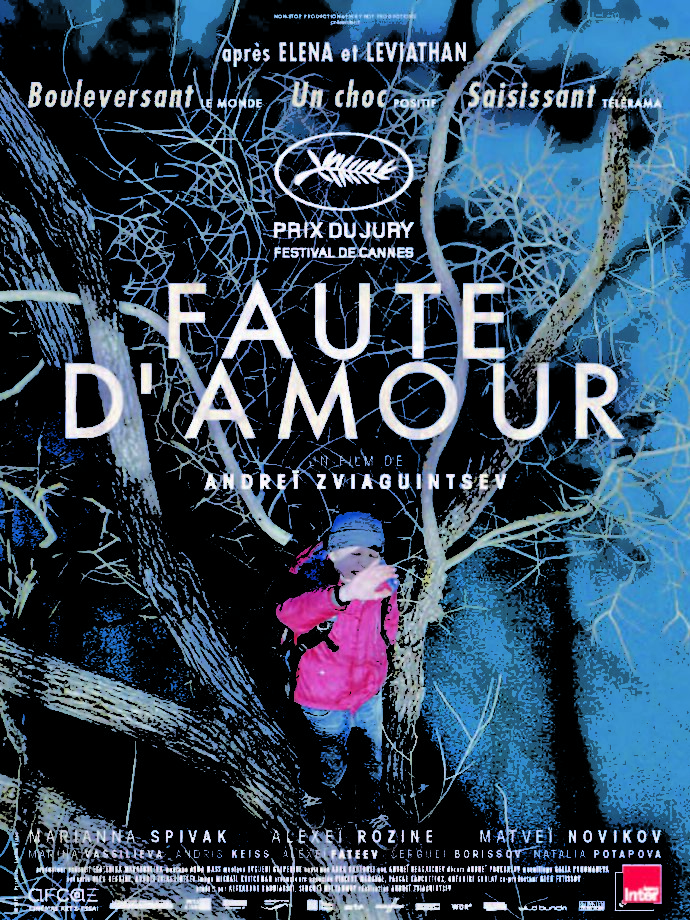 In the Middle of a Loveless Divorce

Loveless is the fifth feature film by Andrey Zvyagintsev after Leviathan in 2014. It tells the story of a couple, Zhenya (Maryana Spivak) and Boris (Alexey Rozin), getting divorced while their son, Alyosha (Matvey Novikov), is going missing. Zhenya and Boris don’t really love each other anymore, and are barely concerned by the disparition of their son. They have to at least pretend they care. But in the middle of the search for their missing son, feelings and emotions are exacerbated, including the hatred they have for each other.

What strikes first in this film is the pace of it. Andrey Zvyagintsev really takes the time to explore places, the relationship between the characters and these places, and what these places tell us metaphorically about the people in them. There are these big buildings where so many people live next to each other, the nature around it with a forest and the cold winter, the big apartment where Zhenya, Boris, and Alyocha used to live as a family, and the abandoned building at the fringe of the city where Alyocha used to go play.

The acting is also amazing. I happen to know that between Leviathan and Loveless, Andrey Zvyagintsev took some acting classes in Moscow with Lola Cohen, a friend of mine and teacher of Method Acting at the Lee Strasberg Institute in New York. He wanted to be better at directing actors. Speaking of an artist dedicated to his art! And in Loveless, the direction of the actors is amazing indeed!

But Loveless, like Leviathan, is also a very political film. It points the inability (or indifference?) of the police face to the disparition of people, and in the case of the film, of a kid. And it shows how the people take care of it as a last resort, through an association, « Liza Alerte », which really exists and is composed of people who look for missing people for free.

A great film that confirms Andrey Zvyagintsev as one of the major Russian film directors.