Posted by admin on Mar 05, 2017 in Critic, Cuisine Performance, FilmCritic 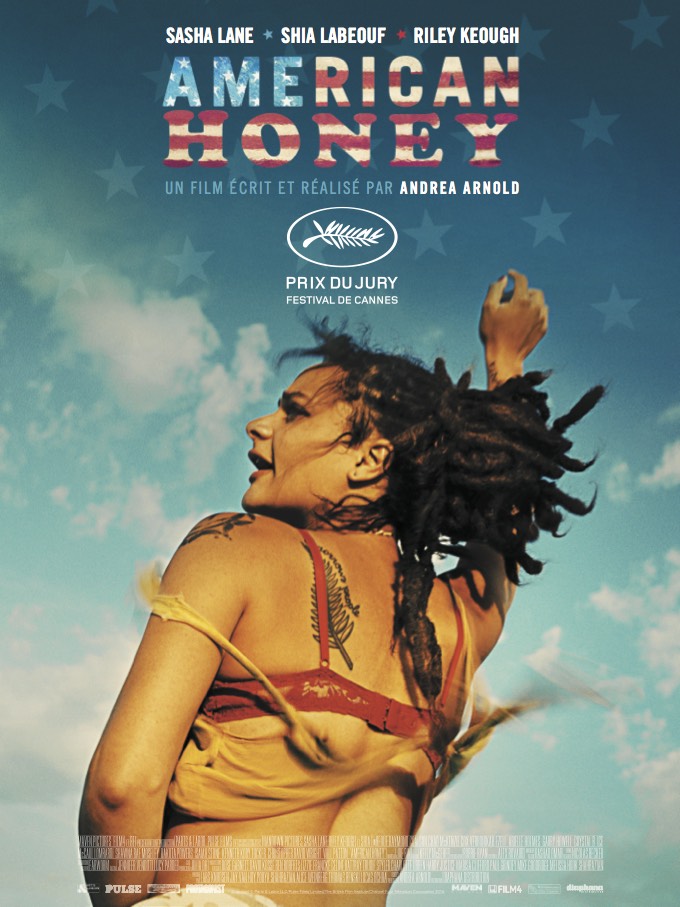 What Is Your Dream?

In American Honey, her fourth feature film, Andrea Arnold (Fish Tank) continues with the exploration of the female psyche and gives us the subtle and moving portrait of a young woman, Star, beautifully interpreted by Sasha Lane.

She is 18, didn’t study, has to support herself. She transitioned from teenagehood to adulthood a while ago, too young, at an age when she should have been able to focus on developing herself and her potential, but couldn’t, because she didn’t have the luxury to do it. So she falls for the first cute guy who makes her feel she exists and promises her a job and some adventure.

From that moment on, she is trying to fit in a society that doesn’t really want her and to invent her life, and mostly survive. Somewhere between living and surviving.

American Honey is masterfully directed by Andrea Arnold, beautifully lit by Robbie Ryan (I, Daniel Blake), and greatly interpreted by Shia LaBeouf, Sasha Lane (first feature film!), and Riley Keough. The choice of the 4:3 format is totally appropriate for a character study. The almost constantly moving camera convenes the almost constantly moving psyche of the main character, Star, as well as the energy of this bunch of young people trying to deal with adulthood the best they can.

The culminating point of the film is when a truck driver asks the main character, Star, what her dream is. She tells him that no one has ever asked her that. But she is able to answer that question because her dream is not too buried yet, even though she is probably quite far from it at this stage of her life.