Posted by the editor on Feb 23, 2017 in Critic, Cuisine and Performance, Film Critic 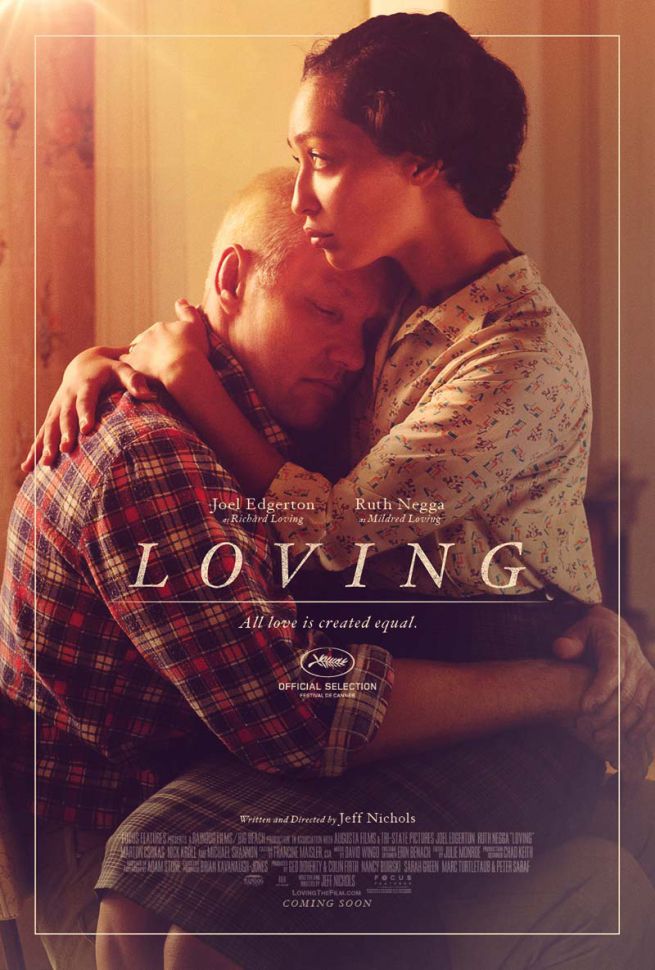 Love is Stronger than the Segregation Law

Loving, the new film by Jeff Nichols, tells the story of an interracial loving couple struggling to be accepted in a society where segregation laws still exist. The live in Carolina, a state that doesn’t recognize interracial weddings. So they go to get married in Washington D.C. but aren’t allowed to come back to Carolina, their home state, to live there as a legal married couple. Their story will finally catch the attention of the Civil Rights movement and will finally become the icon case that will make the law and the constitution of the United States change.